Chris Naffziger at St. Louis Patina will be featuring a site that we explored and videotaped back in 1990. The powerhouse for the United Railways Streetcar Company, located near the intersection of 39th Street and Park Avenue in St. Louis, had been empty for a long time when we began visiting the ruins in the late 1980s. The place was near an old tobacco warehouse, a portion of which we were renting as a painting studio. At the time, we had no idea what the big, empty structure had been used for originally, but we were very impressed by the utterly massive and archaic-looking furnaces and electrical equipment that we saw there. See Chris’s post for the story on the building, and the site as it looks today.

Meanwhile, I thought I’d share some of the post-industrial relics that we dragged out the crumbling structure. 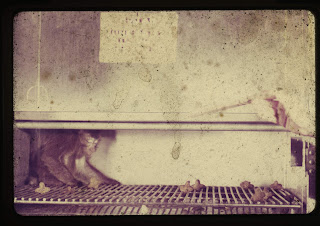 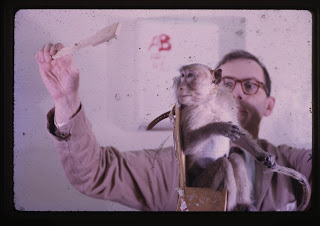 We also shot some video of one of the trips, which took us into a wonderfully weird, labyrinthine basement. Two clips can be seen on our YouTube channel.

My good friend Miles Rutlin (who can be seen in the video lugging a motorcycle battery that powered our lights in the basement) painted a series of pieces inspired by what he saw in the old powerhouse. Below is one of those works, Arrival. I will also post an excerpt of an article I wrote about Miles’ work (as well as another St. Louis painter, Matt Walters) for the short-lived St. Louis magazine Vision (Fall 1992).

From abandonment and salvage, to art and media. St. Louis was a garden of such things in 1990.... 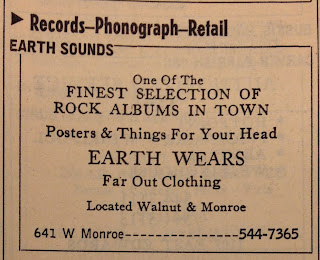 An update about the Earth Sounds / Why Abandonment post.

You see, I make my living as a historical archaeologist. Most of the time, I am writing about something that happened in 1740 or 1820, not 1970. So, I can usually feel confident in saying something like “no one remembers”, as I did about the site of the Earth Sounds store. Happily, I stand corrected.  Our friend Marcia just wrote me a little note about her brief experience there, around 1970. Her account opens a personal window into the vanished place – something that is rare in my business.

"I walked past Earth Wear. It was a block from my apartment right before Dave and I were married.  I have a faint memory it was an old house and not brick. Bought a winter hat there to wear back and forth to work downtown. It was a cold walk in winter and I had no car.  I do remember liking some neat, weird and colorful posters but I was kind of broke at the time, the cat and I sharing tuna fish. I would not have paid attention to records. I only stopped the one time because it was snowing and I needed a hat. I remember the hat because I wore it for years, black and grey wool stocking cap affair with a dead tree design on it.  Many people questioned my taste when I wore it but it tickled my fancy. Dave's dog finally chewed it up."

Anyway, this is a great example of the resonance behind our empty places. The things that really happened there, remembered and forgotten, and also the things that we imagine happening there.

I just wish she still had the far-out hat…..

Posted by Afterdays Media at 10:11 AM No comments: 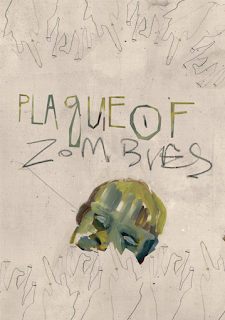 In an earlier post about postmodernism and zombie films, I mentioned the recent phenomena of reimagining poster art for various genre films of the past, including those in the “zombie cycle” of the 1980s. Most of these employ the aesthetics, fonts, and design elements of the time, often exaggerating or distilling them.

Painter and illustrator Anne-Marie Jones has created a few of her own interpretations, including a version of “Plague of the Zombies” from 1966. However, Anne-Marie doesn’t really attempt to mimic the aesthetics of the time, and instead creates her own, very lyrical imagery.

Have a look at her work: http://annemariejones.co.uk/

Posted by Afterdays Media at 5:19 PM No comments: 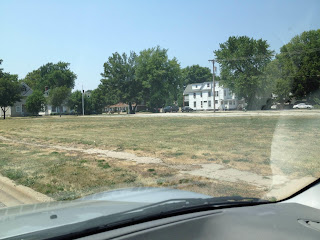 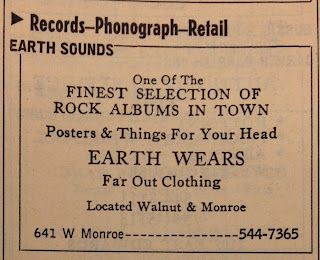 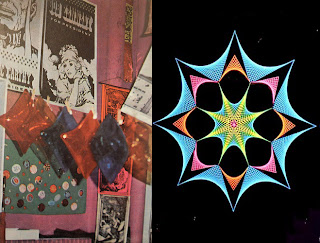 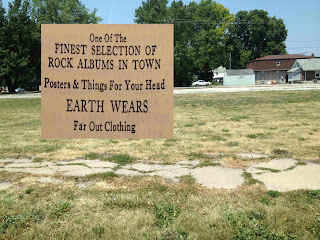 Posted by Afterdays Media at 1:35 PM No comments: 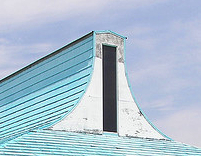 Back in 2010, Chris Naffziger’s excellent blog, St. Louis Patina, featured a post about an abandoned Stuckeys restaurant / candy store in central Illinois. That post received an interesting chain of Flickr photo-responses as well.

I just stumbled across Chris’s post, and was glad to see it, as I have always found these strange places the architectural equivalents of the 1970s zombie – and good photos of their remnants are hard to find.

The new Afterdays book release, Zombie 1979: Life at the Dawn of the Dead  features a similar dead Stuckeys (also from central Illinois) that was photographed in 1983. That weird corpse (which lost is trademark chlorine-blue paint to a coat of red years ago) is still standing, but not for long.

Posted by Afterdays Media at 11:03 AM No comments:

Few folks noticed the massive St. Louis Southwestern Railway Freight Depot building back in 1989, when we shot this photo. The impressively vast structure, cast in concrete, is still one of the most distinctive buildings in St. Louis. The five-story depot was built in 1911 and is 750 feet long. It has been abandoned for decades.

During the 1980s, when we began visiting such places, “urban exploration” was still a pretty obscure endeavor. Most folks weren’t armed with video cameras, and in the case of the Southwestern Depot building, spray paint tagging hadn’t yet arrived to this part of St. Louis. Now it has, and the interiors of the building are a virtual gallery of graffiti art. But I must confess that I find the tagging on the exterior rather depressing. Empty places can be more than playgrounds. This building still has such dignity and grace, and I’m not ready to see it treated like an urban corpse. 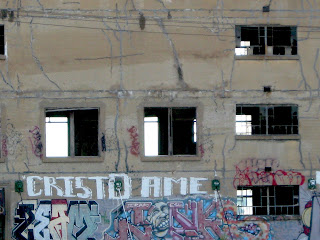 The Depot was placed on the National Register in 2004. Read the nomination form HERE.

Posted by Afterdays Media at 6:18 PM No comments:

In the spring of 2009, we spent several days documenting and making collections from the nearly abandoned Globe Drug Warehouse – a six-story building constructed for the Endicott-Johnson shoe company in 1915. The images and artifacts were processed, manipulated, and reassembled into an exhibit at the Duane Reed Gallery (St. Louis) in February of 2010.

The massive warehouse was a virtual preserve of patina and layering of past activity. Some corners were surprisingly intimate, and seemed like little time capsules from the 1960s and 70s.

Below are a few images from the warehouse, as well as link to a video-collage of the space. I will post more images, as well as some of the artwork from the show, in upcoming posts. 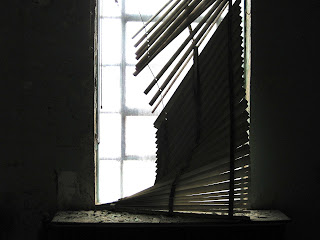 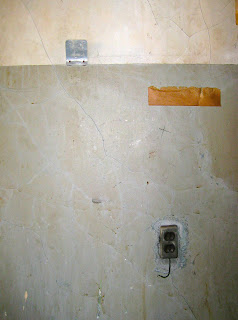 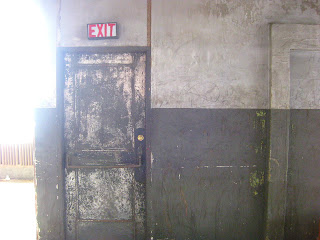 Click on the second effort to watch the video....

Posted by Afterdays Media at 3:17 PM No comments: 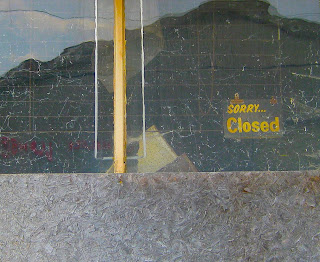 There is a lot of coverage of abandoned places in the various Afterdays Media projects - the blog, the videos, the music, the new book, etc. The point to all of this is not about emptiness itself, but what vacancy and decay can say about our own culture and its environments. Little perspectives that generally cannot be had while such places are still alive. 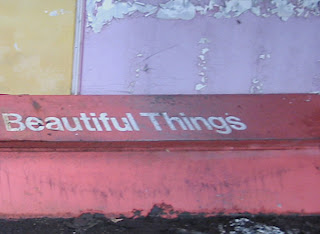 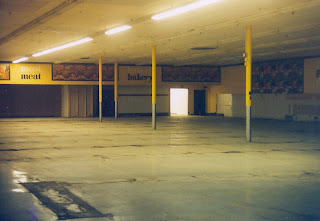 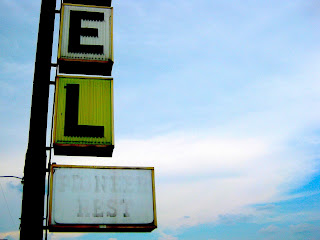 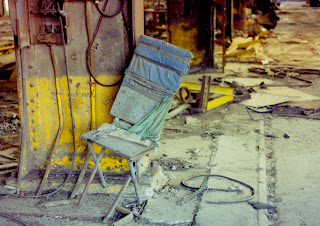 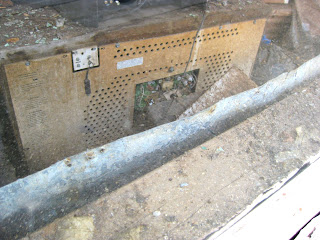 Posted by Afterdays Media at 4:13 PM No comments: 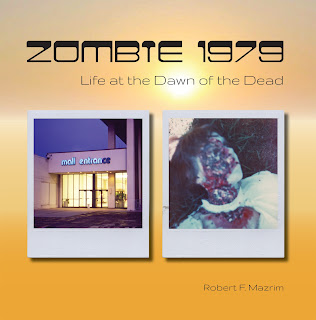 Several years in the making, Afterdays Media is proud to announce the release of our first book publication.

Zombie 1979: Life at the Dawn of the Dead is a cultural history of the early years of the now oh-so-familiar pop-culture zombie phenomena. Back in the day, in the weird years at the end of the Cold War, zombies weren’t nearly so hip. They were an obscure, acquired taste – consumed at the local drive-in, on very expensive VHS tapes, or in hard-to-find fantasy movie magazines. 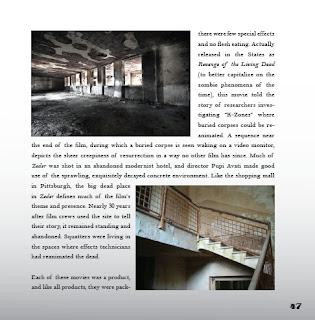 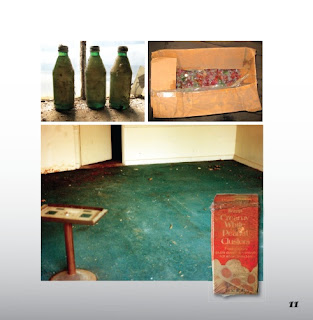 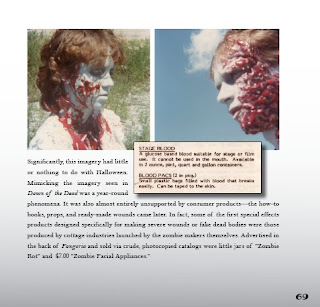 This full color, heavily-illustrated volume combines personal narrative, film history, and cultural commentary, and is strewn with vintage images of abandoned places and homemade corpses. This is where the walking dead-thing began, in all of its corn-syrup-bloodied and mildewed concession stand glory.

So, if you have even a passing interest in the American zombie, dead malls, old drive-ins, fake corpses, or the homemade Super 8mm apocalypse, have a look at this one. An archaeology of a strange time in American history. Available at Amazon, Barnes and Noble, and other on-line retailers. 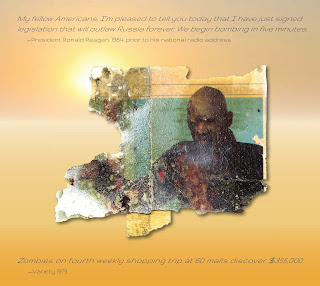 Posted by Afterdays Media at 1:17 PM No comments: