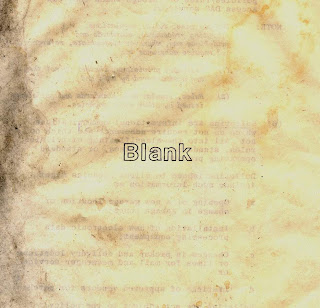 The Fossil Aerosol Mining Project makes music from audio artifacts. The idea is essentially one of a sonic version of an archaeological midden – a suite of interrelated artifacts, fragmented and decayed to various degrees, and lacking most of their original contexts. The Project has a penchant for sounds from 1980s post-apocalyptic and zombie films, for their double-whammy of irony and postmodernism.

There have been other themes, however – including the deconstruction of pop songs to create new sets of dislocated artifacts. These can be rearranged and artificially decomposed in such a way as to create a certain distance that allows for new perspective on familiar icons.

The Blank Album was one such project. Recorded in 2009, a suite of songs and soundscapes was modeled from fragments culled from an iconic White Album by a certain Fab Four. This had been done before - notably the Grey Album by Danger Mouse five years earlier. 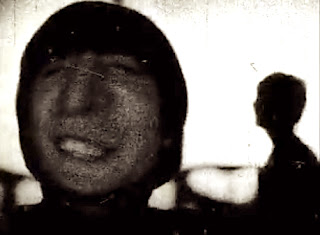 The Blank Album was a little bit different. Some of the tracks were little musical Frankenstein monsters with a beat, and others were more elongated passages of heavily decomposed Beatlemania.

For obvious reasons, the album was not commercially released. But here are two tracks. The first is an example of a more pop-related song (unusual for Fossil Aerosol), and the second will be more recognizable to those familiar with their 25+ year catalog. There was also a music video, even.

Click on the track names below, and as the backwards record once said, “turn me on deadman”…. Enjoy.

If you like the material, check out more Fossil Aerosol HERE.

Posted by Afterdays Media at 7:15 PM